"In some lower-income communities, people have had limited exposure to healthy snacks."
Lucy Gomez-Feliciano
Director of the Chicago HKHC Initiative

Colleen Lammel, a registered dietitian with the Chicago Park District, was intent on bringing healthier snacks to the vending machines at city parks and community centers.

"We tried putting stickers on the machines telling people to choose the healthier options,” she says, but that didn’t work—the healthy snacks went nowhere while the unhealthy ones quickly sold out.

So when the park district’s snack vending contract expired, Colleen decided to take advantage of the opportunity to revamp the selection altogether. 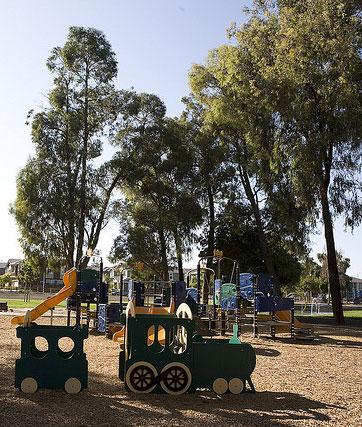 For several years Colleen has been a member of the city’s Inter-Departmental Task Force on Childhood Obesity, nearly a dozen city agencies convened by the Chicago Department of Public Health and facilitated by the Consortium to Lower Obesity in Chicago Children (CLOCC).

CLOCC knew that Colleen wanted healthier vending machines under her charge, so they proposed including the effort as a policy target in a grant funded through the Robert Wood Johnson Foundation’s “Healthy Kids, Healthy Communities” (HKHC) initiative.

That’s where ChangeLab Solutions came in. CLOCC introduced Colleen to our staff attorneys for help developing a request for proposals that would meet the nutrition standards she envisioned. We provided model language she could adapt to her needs, and put together a chart comparing provisions from healthy vending policies nationwide to illustrate various approaches she could take.

We also connected her with leaders in other cities that had implemented similar agreements, and provided a list of different types of snacks that would meet the new nutritional standards. And we armed her with research demonstrating that healthy vending contracts could generate as much revenue as other contracts, if not more.

A new contract for 100 percent healthy snack vending at nearly 100 Chicago parks is now in place. To promote the changes, a pilot nutrition education program (with taste-testing) will be offered for park staff.

"We want the snack vendors to be successful and make money, and we want people who use the park to see that healthier snacks can taste good"

The Chicago HKHC partnership plans to use monthly sales reports to evaluate progress.

"In some lower-income communities, people have had limited exposure to healthy snacks,” says Lucy Gomez-Feliciano, director of the Chicago HKHC Initiative.

“We want the snack vendors to be successful and make money, and we want people who use the park to see that healthier snacks can taste good," she says. "ChangeLab Solutions' support has been a blessing.” 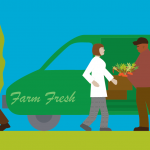