“We developed a model for community engagement so we could be sure we understood what mattered most to residents.”
Marie Curry
managing attorney at Community Legal Aid Services, Inc.

In 2008, a staggering 63 percent of African-American children living in Summit County, Ohio, were obese or overweight – at a time when the county average was 39 percent and the national rate was 27 percent. Low-income residents were struggling with chronic disease. Seventeen percent of adults living at or below the poverty level had diabetes; at the time, the average was 11 percent in the county and 8.3 percent nationally.

The statistics painted a clear picture: Many of Summit County’s residents were having a hard time achieving good health. But the reasons for this went beyond genetics or individual behaviors – many of the causes were environmental. Throughout the county, convenience stores and fast food restaurants far outnumbered grocery stores. Less than 1 percent of residents biked to work, and only 1.5 percent walked. 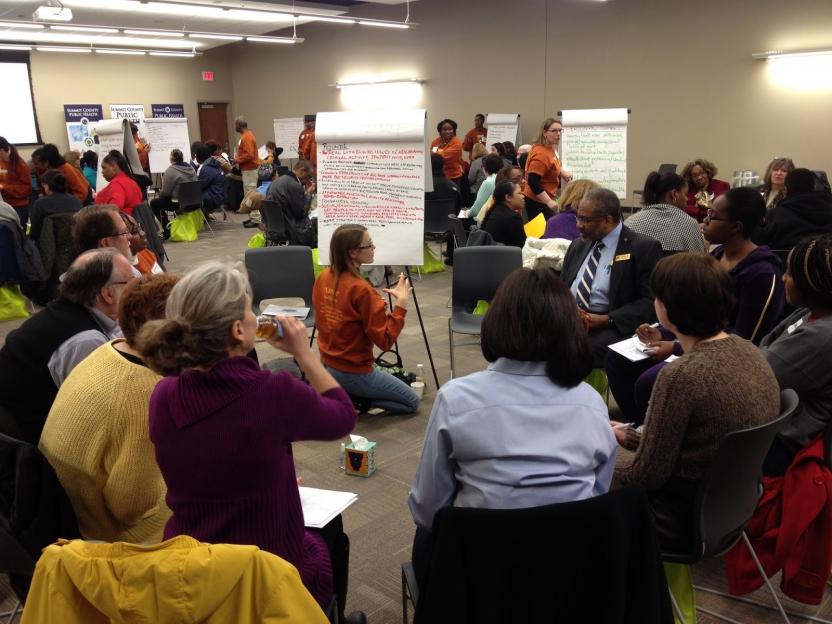 By the late 2000s, advocates, doctors, and government staff had taken note, and realized policies that weren’t visibly tied to health were actually preventing many residents from eating well, being physically active, and sustaining healthy lifestyles. They began to look at zoning ordinances that kept grocery stores out of certain neighborhoods and policies that didn’t prioritize building parks and bike lanes. What’s more, they noticed that the grocery stores and bike lanes that did exist were not equally accessible to all residents, and low-income neighborhoods and communities of color were losing out.

SCPH began to look at the conditions in the neighborhoods where people lived, and how those were affecting residents’ opportunities to be healthy.

Across the county, different groups found ways they could make a difference. The Healthy Connections Network (HCN), which was working to provide health care to the uninsured, committed to making sure their patients could buy fruits and vegetables in their neighborhoods. The Austen BioInnovation Institute in Akron (ABIA), a local health-focused organization, wanted to tackle diabetes by promoting physical activity, and suggested redesigning streets to make biking and walking safer. And SCPH began to look at the conditions in the neighborhoods where people lived, and how those were affecting residents’ opportunities to be healthy.

But what could they accomplish if they worked together, pooled their resources, and looked at all the policies that were affecting community health? ChangeLab Solutions gave them the tools to find out.

By 2013, SCPH, HCN, ABIA, and others in the community had looked at the county’s health problems and the policies that were exacerbating them. Their analysis led them to a comprehensive, cost-effective solution: Health in All Policies. This approach to improving community health calls on the participation of every government agency, because every government agency makes policy decisions that affect health.

“There was a focus on health equity from the beginning, and a lot of interest in Health in All Policies.”

But what would this approach look like in Summit County? “We called in ChangeLab Solutions to get us started. They helped us wind all the necessary threads together,” said Marie Curry, managing attorney at Community Legal Aid Services, Inc., which SCPH brought in to work on policy and community engagement. 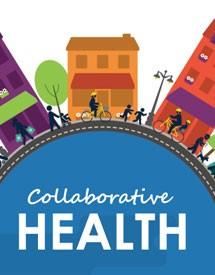 ChangeLab Solutions visited Akron to help the Summit County partnership build capacity to make change. We showed them how collaborating and coordinating their efforts could help them more efficiently, and more effectively, tackle the county’s biggest health problems – an idea that would later help shape the Health in All Policies toolkit.

The training and resources we provided helped formalize the initiative. This would be a multistep process, but the county was prepared. “There was a focus on health equity from the beginning, and a lot of interest in Health in All Policies,” said Hardy. “But ChangeLab Solutions really showed us how health and policy work together.”

Building Momentum & Getting Everyone Involved

SCPH had begun to develop relationships with people and departments with which they had never spoken, including employees of the local bus system and staff from the regional planning department. The training had launched a new phase of the initiative.

“We were ready to talk to people,” said Curry. “We developed a model for community engagement so we could be sure we understood what mattered most to residents.”

In 2015, the Summit County’s Health in All Policies Initiative hosted community forums, surveyed people online and in person, and engaged residents through social media. Nearly 600 people provided feedback, and told the partners their vision for a healthy Summit County was one in which they felt “safe, connected, and valued.”

"This is an ongoing process, but we've already made a lot of progress."

The Health in All Policies team is now in the process of analyzing community input. The next step for Summit County: use resident-driven priorities to draft an official policy. “Residents’ ideas are helpful to bring to policymakers. We hope to use that information as a framework to encourage the county and local governments to institutionalize a Health in All Policies approach,” Hardy said.

“This is an ongoing process,” said Curry. “But we’ve already made a lot of progress.”

The very process of engaging the community will direct the initiative and help garner support for next steps. It lays the groundwork for lasting and meaningful change.

Are you ready to create a healthier future for your community? Check out our toolkit to learn more about Health in All Policies, and contact us to get started.

Explore our Health in All Policies resources