Fatal poisonings have increased by nearly 600 percent in the past three decades. Prescription painkillers called opioids, often used in conjunction with other medications, are largely driving this drastic rise. Hospital admissions for non-fatal overdose associated with opioids, sedatives, and tranquilizers have also increased substantially. Recently, deaths caused by heroin have increased as well, with heroin-related fatalities doubling from 2010 to 2012.

In a number of states, legal and policy approaches have been undertaken to attempt to reduce this growing epidemic.

This training will help you understand

If you are a TRAIN user, please register through TRAIN. This training was last updated in 2016. 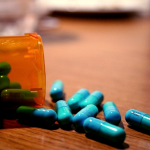