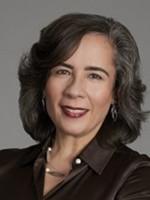 Dr. Oxiris Barbot is the Commissioner of Health for New York City, a position she assumed in December 2018. With more than 25 years’ experience in public health and healthcare delivery, Dr. Barbot has dedicated her career to achieving health equity and is well poised to lead the nation’s premier health department.

As an innovative public health leader, Dr. Barbot has championed addressing health inequities in major cities along the east coast. Most recently, she served as the First Deputy Commissioner of the New York City Department of Health and Mental Hygiene. In this role, she served at the helm of the agency’s efforts to eradicate health inequities across New York City. Such efforts include but are not limited to  revamping Take Care New York 2020 (#TCNY2020), the City’s data-driven blueprint for achieving health equity, and spearheading the creation of the Center for Health Equity which operationalizes the Department’s commitment to racial justice, meaningful community engagement, and internal reform. In addition to overseeing the agency’s signature equity initiatives, Dr. Barbot oversaw cross cutting efforts to bridge the gap between public health and healthcare delivery systems, as well as emergency preparedness, and agency performance measurement.

In 2010, Dr. Barbot was appointed to serve as Commissioner of Health for Baltimore City. During her tenure in Baltimore, she led the development of Healthy Baltimore 2015, a robust health agenda dedicated to ensuring that all Baltimore city residents realize their full health potential. Under her leadership, the city of Baltimore witnessed a record reduction in the rate of infant death among many other far reaching achievements in health.

From 2003 – 2010, Dr. Barbot served as the Medical Director of NYC public schools. In this capacity, she spearheaded the development and implementation of an electronic health record system which improved the delivery of health services for over one million children. Prior to her work in NYC, Dr. Barbot served as the Chief of Pediatrics and Community Medicine at Unity Health Care, Inc., a federally qualified health center in Washington, DC.

Dr. Barbot received a bachelor’s degree from Yale University and holds a medical degree from the University of Medicine and Dentistry of New Jersey. She completed her pediatric residency at George Washington University’s Children’s National Medical Center.