"There is a history of important community spaces being taken away. Land tenure is vital to conserve these spaces."
Mark Glassock
Director of Special Projects at the Los Angeles Neighborhood Land Trust 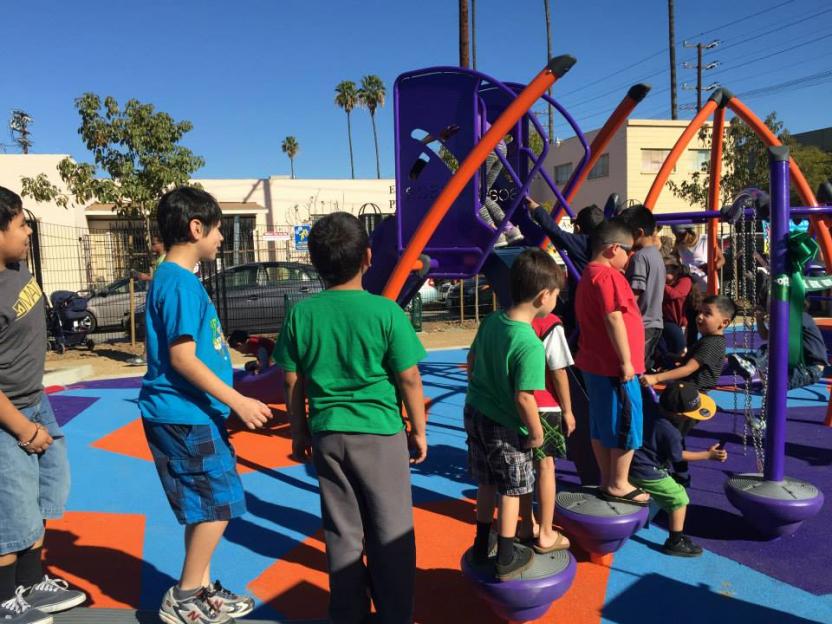 Parks are important community spaces, but many communities don’t have any. In urban South Los Angeles, some neighborhoods have less than an acre of park space for every thousand residents. This falls below what’s considered adequate for a healthy active lifestyle: the national standard for the density of neighborhood parks is one acre of park space per thousand residents, located within a half-mile of each resident’s home.

South L.A. is populous, with areas as dense as metropolitan Manhattan. And many residents earn less than $30,000 per year. Often there is no affordable or accessible green space within safe walking or biking distance of residents’ homes, said Mark Glassock, the Director of Special Projects at the Los Angeles Neighborhood Land Trust (LANLT). 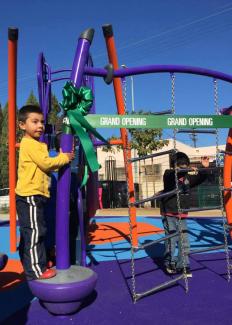 LANLT recognized parks can foster social cohesion and give people a place to be physically active. The organization took steps to develop a much-needed park at the intersection of two major thoroughfares in South L.A., Avalon Boulevard and Gage Avenue.

Through a scan of city surplus property, they identified a centrally located traffic island, about a third of an acre in size, which the city had created to redirect Gage Avenue. LANLT found out the city still owned the property, but had deemed it unmarketable. No city agency was interested in using it – or maintaining it.

The community had long ago noticed the site was being neglected, so for years, the local neighborhood council looked after it. They cleaned it up, put in a bus stop, and raised money to install benches. But without sufficient resources or ownership rights, the community was having trouble keeping it clean and safe for community use.

Securing Funds and Developing the Project

LANLT was able to support and expand community efforts. Through funding from the Community Transformation Grants, LANLT helped subsidize the land tenure and entitlement processes, which granted LANLT and their community partners the rights to manage the property. “There is a history of important community spaces being taken away. Land tenure is vital to conserve these spaces,” said Glassock.

"LANLT was able to secure a 20-year lease agreement with the city."

But LANLT still had some policy questions about turning a city-owned traffic island into a community-run park. Through Community Health Councils, a L.A.-based nonprofit that connects and mobilizes groups working to improve health, LANLT sought ChangeLab Solutions’ expertise. Our team recommended strategies for overcoming policy barriers to development, specifically regarding zoning, permitting, and making use of public land. We offered LANLT tools from our library of healthy planning resources, and they studied them as they moved forward with the project.

“ChangeLab Solutions helped us advance many of our policy objectives,” said Glassock. “They also provided us with useful tools on urban agriculture, accessing public and private land, and zoning and permitting.”

LANLT was able to secure a 20-year lease agreement with the city, and acquired permits to develop a unique public space on the traffic island. 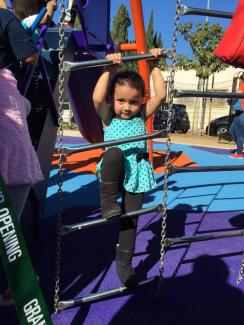 With the Land Trust’s support, a community group convened to choose everything from the color of the picnic benches to the types of programs available. They decided to build a gazebo and play structure, and to plant grass along one edge of the property.

One major decision had to do with trees. Throughout the 20th century, thousands of African-Americans moved from the South to Los Angeles to find work, and many of them ended up in South L.A.’s industrial neighborhoods. To commemorate residents’ southern African-American ancestry, the community wanted to plant magnolia trees, which are prevalent and symbolically significant in the southeastern United States. The magnolia is the state tree of Mississippi, and the flower itself is the state flower of both Mississippi and Louisiana.

The L.A. Department of Recreation and Parks regulates the types of trees planted in city parks to ensure the trees are suited to the local ecosystem. Magnolias weren’t on the list of permissible trees for the site, but LANLT pushed to get them approved. Today, 30 magnolias line the traffic island.

“The magnolias in this park don’t just provide shade. They are culturally and historically significant, tied to the community and their vision of the park,” said Glassock.

In early 2015, LANLT, the local neighborhood council, and their partners opened the park. LANLT manages the park, dealing with the day-to-day groundskeeping and maintenance. They will operate it for at least the next 20 years. Community groups have helped develop Zumba classes, women’s empowerment classes, and ESL courses, all of which take place at the park. A neighborhood steering committee meets there regularly to discuss park and community issues, as well.

Avalon and Gage Park Transformed from LANLT on Vimeo.

All photos courtesy of LANLT.

Read This Land is Our Land
Learn about equitable park systems 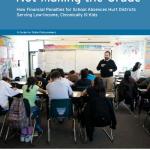 Not Making the Grade