"We began to have conversations and collaborate. But none of us had done this before. We found experts who could help us.”
Bill Shoe
project supervisor and principal planner, Santa Clara County

Santa Clara County, California, is one of the most affluent communities in the country. Yet health inequities persist among the county’s 2 million residents. The percentage of adults who are overweight or obese increased between 2000 and 2009, and African Americans, Latinos, and adults with household incomes of less than $50,000 face higher rates of diabetes than wealthier whites in the county.

By the late 2000s, elected officials had recognized that decisions about where to build community assets like housing and grocery stores disproportionately affected the health of the county’s poorer populations and residents of color. In 2010, Liz Kniss, then Supervisor on the county’s Board of Supervisors, began calling for planning policies that promoted health. Kniss had a background in health and nursing, expertise that helped her see how planning and development policies could help people be healthier or make their health problems worse. 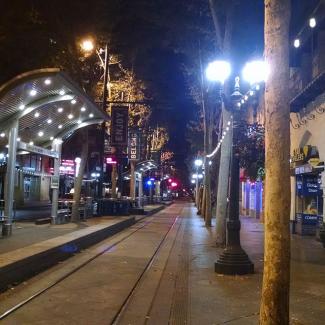 The Board of Supervisors agreed with Kniss. They recommended adding a health element to Santa Clara’s general plan, a policy roadmap that guides how the county grows and develops. The Board called for a health element that would be “inclusive, innovative, and inspirational” to show how health-focused planning policies could create a more vibrant, more equitable community. By pushing for a stand-alone health element, the Board of Supervisors provided a pathway to greater agency collaboration at the county level.

Back in 2008, ChangeLab Solutions’ staff visited Santa Clara County to lead a training on what can happen when government agencies work together to develop policies. County staff understood the need for collaboration, but they had to figure out how to bridge the gaps between planning and public health. “We began to have conversations and collaborate,” said Bill Shoe, project supervisor and principal planner. “But none of us had done this before. We found experts who could help us.”

By 2011, the Santa Clara partnership was ready to build a team. They asked Raimi + Associates, an urban planning firm, to help them draft the health element. Raimi enlisted the help of other leaders in the field: Brian Fulfrost & Associates, Nelson/Nygaard, and ChangeLab Solutions. With county staff, these experts engaged in a robust dialogue about the needs of the community and goals of the document.

“We explained what a general plan is and asked residents, ‘What’s important to you?’”

The team agreed that the health element should acknowledge and address the health inequities facing Santa Clara residents. It would serve as a model for other cities, organizations, and communities and focus on preventive, holistic approaches to creating healthier places and people.

During the planning process, the county asked community members what they wanted to see in a health element. “We explained what a general plan is and asked residents, ‘What’s important to you?’” said Bonnie Broderick, senior health care program manager at the county’s public health department. 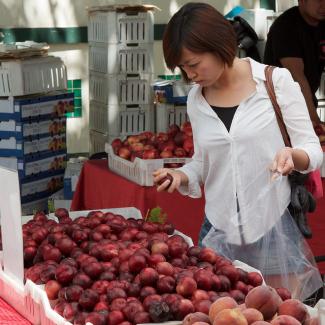 Using the feedback they received and the initial mandate to create a forward-looking policy, the group selected key topics. The health element would address many issue areas, such as nutrition, transportation, and climate change, and offer strategies for using health to guide decisionmaking. It would also articulate a core mission of the county: to protect and improve the lives of the county’s most under-resourced communities and individuals.

ChangeLab Solutions’ Heather Wooten was tasked with drafting the nutrition component. She analyzed data on healthy eating and food access in the county and proposed policies for creating a healthier, more sustainable food system. “Heather’s work on food access was invaluable,” said Susan Stuart, a health planner. “She showed us how the health element could address gaps in access to healthy, affordable food across populations.”

Residents, community coalitions, and staff from government agencies reviewed the document and provided feedback. “Many people engaged in the process. They understood that this document underpins future policy,” said Stuart. “It was completely collaborative.”

In early 2015, after a multiyear process, the Santa Clara County Planning Commission voted unanimously to send the health element to the Board of Supervisors. Later that year, the Board adopted the health element, making it an official part of the general plan. The element received an Award of Merit in 2017 from the American Planning Association California Chapter Northern Section for its pioneering approach to integrating planning and health.

“Many who first heard about the concept of a comprehensive health element in a county general plan were skeptical,” said Shoe. “Now that staff have been down this road together, the convergence of planning and public health is burgeoning. After all, urban planning has its roots in public health, and good urban and regional planning comes down to doing what is in the overall best interest of the public’s health, safety, and welfare.” 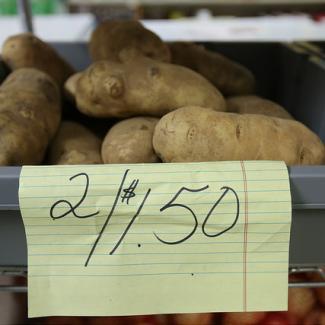 Since the Board adopted the health element, the Santa Clara partnership has been pushing the goals and strategies outlined in the health element. “We’re talking to different departments, sectors, and jurisdictions in the county to see what policies we can put in place,” said Broderick.