"With shared use, we can’t just push the product, we have to push the thought behind it, too."
Fahina Tavake-Pasi
Executive Director of NTAS

There are about 60,000 Tongan Americans in the United States, and nearly a quarter of them live in Salt Lake County, Utah. In the late 2000s, the Utah Health Department found the Native Hawaiian and Pacific Islander population had the highest rates of obesity in the state. Stroke and diabetes were leading causes of death for Pacific Islanders across the state, and those in Salt Lake County faced high rates of infant mortality. Among Tongans specifically, obesity rates were on the rise, especially for kids, adolescents, and women.

NTAS made it a priority to enable and encourage physical activity

The Salt Lake City-based National Tongan American Society (NTAS) decided to take action, and surveyed the community to get to the root of the problem. The surveys revealed that Tongans of every age were less physically active than the average Utahan of the same age. Respondents also reported two key reasons they were not physically active: They did not have exercise equipment, and they preferred to exercise with other people, but there were few group activity options.

“Most members of the Tongan community can’t afford a gym membership, and many of their neighborhoods have no sidewalks,” said Fahina Tavake-Pasi, Executive Director of NTAS. “We needed an affordable solution.”

Armed with this new data and information, NTAS made it a priority to enable and encourage physical activity by making private and public playgrounds, gyms, and facilities available for community use.

In 2013, with the help of a grant from the Asian and Pacific Islander Health Forum, NTAS formed a health coalition, identified locations to target, and worked with local leaders to brainstorm solutions. Their work led them to shared use, which occurs when government entities or other organizations open up their recreation facilities for community use. As a strategy that makes use of existing facilities, shared use seemed like a cost-effective way to create opportunities for physical activity.

“Church and school leaders were concerned about liability. A shared use agreement was too hard for them to swallow.”

ChangeLab Solutions helped NTAS identify churches and schools as potential partners in this effort, as both institutions have facilities that aren’t in continual use. NTAS then contacted school principals, faith leaders, and local decision makers in the target locations to discuss the possibility of opening up school and church facilities.

NTAS learned that while people were interested in shared use, many had reservations. “Church and school leaders were concerned about liability. A shared use agreement was too hard for them to swallow,” said Tavake-Pasi. “ChangeLab Solutions helped us develop a simpler agreement to put everyone at ease.” The revised agreement was less legally rigid, and seemed a better fit for NTAS and their partners.

Making Shared Use a Reality

With a strong template in hand, NTAS went back out to the community. Between 2013 and 2014, six churches, five schools, and one community center in Salt Lake County successfully implemented shared use.

Many of the schools opened up their playgrounds, tennis courts, and running tracks, and a few have hosted health fairs. Some churches have outdoor spaces they’ve made available for walking, and most have opened up their gymnasiums to host volleyball tournaments, basketball games, and free Zumba classes. 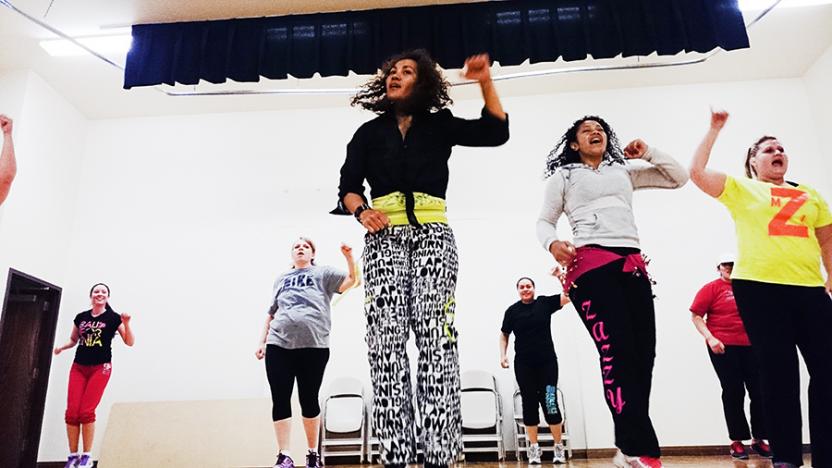 To make the classes affordable for all members of the community, NTAS identified trained coaches and teachers who would provide classes for free. They partnered with Mi Zazzy Life, an organization with trained Zumba coaches, as well as a local volleyball coach, who has focused on increasing physical activity among young and teenage women. With these trained coaches as volunteers and allies, the project moved forward.

"We need to do more education, get people to work together, and increase trust.”

NTAS developed a major campaign to promote shared use, using billboard ads, bulletin boards, and a website to list the open locations. The campaign created a buzz, and soon after, residents started taking advantage of the new spaces and programs. The Zumba classes have been especially popular.

“Zumba at the churches has taken off,” said Tavake-Pasi. “I’ve seen classes with up to 140 people – men, women, and children. And participants aren’t just Tongans or Pacific Islanders. The classes are very diverse, with many Hispanic, White, and African-American people participating.”

The project is already a success, but Tavake-Pasi acknowledges there is always more work to be done. “We need to do more education, get people to work together, and increase trust,” Tavake-Pasi said. “With shared use, we can’t just push the product, we have to push the thought behind it, too.”

Explore all of our shared use resources