How One Group of California Teens Took a Stand Against Tobacco

"I’ve seen people using [e-hookahs] in class. They’re so easy to get away with while the teacher is not looking."
Mark Gruzman
Tobacco Decoy

In Union City, California, members of the city’s Youth Commission were concerned over the easy access their peers had to flavored cigars, cigarillos, and electronic smoking devices, such as e-cigarettes. These gateway tobacco products are often packaged in exciting ways, have kid-friendly flavors, can cost less than cigarettes, and can lead to a lifetime of nicotine addiction. 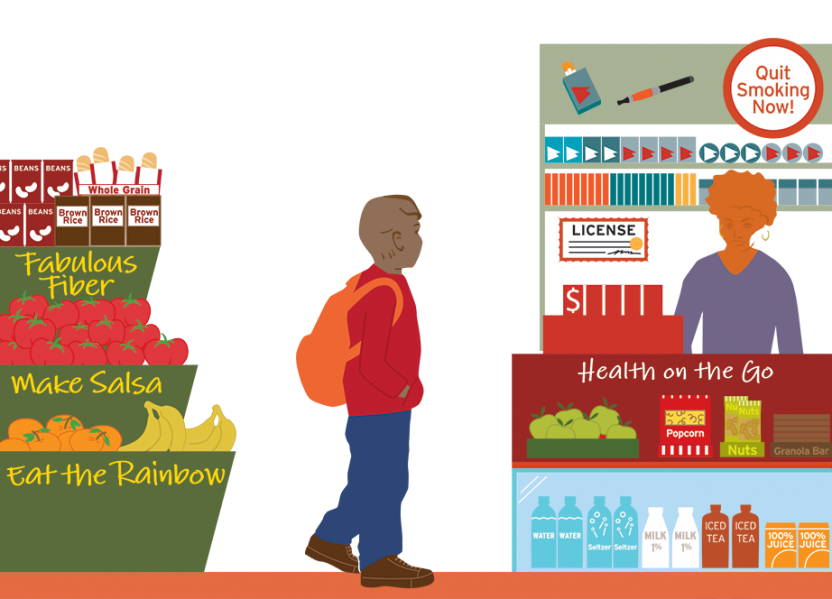 Members of the Union City Youth Commission, made up of students from local schools who want to play an active role in their community, found the behavior of their peers was consistent with these national trends.

“I’ve seen people using [e-hookahs] in class,” said Mark Gruzman, who serves as a tobacco decoy. Under the supervision of law enforcement, Gruzman checks whether retailers are selling tobacco to minors. “They’re so easy to get away with while the teacher is not looking.”

Noting the widespread availability of inexpensive cigars and the growing use of e-cigarettes, the Union City Youth Commission decided to take action against these teen-targeted tobacco products.

First, the Commission conducted a survey of Union City’s tobacco retailers, often using tobacco decoys to gain access to any products sold from behind the counter. In one case, a merchant said that “[kids] buy cheap cigarillos, clean the wrappers out, and fill them with other drugs.”

Knowing the tobacco industry targets young people through advertisements and price promotions, the Youth Commission prepared to approach the City Council to advocate for change.

Members of the Youth Commission needed more information about what other communities have done to address teen-friendly tobacco products. ChangeLab Solutions helped the Youth Commission and the county tobacco control program identify several policy options. For example, we noted several cities have prohibited sales of cheap single cigars, and we shared model policy language based in part on successful ordinances from other communities.

Armed with information from ChangeLab Solutions about the sale and use of e-cigarettes and a model Tobacco Retailer Licensing ordinance, the Youth Commission recommended the City Council consider restricting tobacco products that appeal to kids. Several Youth Commission members and their adult advocates spoke in support of the Commission’s recommendations to regulate the sale of these products within city limits.

Teens can play a vital role in mobilizing communities.

In response, Union City’s City Council members voted unanimously to prohibit the sale of cheap individual cigars and regulate the sale of electronic smoking devices in the same manner as traditional tobacco products. This means that in Union City, retailers selling e-cigarettes must have a local tobacco retailer’s license and keep these products behind the counter. In addition, new e-cigarette lounges and hookah bars are banned within city limits.