"Having a point of contact with attorneys who’d thought about the idea for longer than we had — and believed in it — kept the momentum going."
Juniper Downs
lead deputy counsel for Santa Clara County

In Santa Clara County — about 40 miles south of San Francisco and home to Silicon Valley, the country’s high-tech hub — more than half of adults and almost a quarter of children are overweight or obese.

When Ken Yeager, president of the county board of supervisors, gave his annual “state of the county” address in 2010, he called for bold new ideas to address the obesity crisis.

A month later, county staff approached him with an idea they’d gotten from ChangeLab Solutions: a local ordinance that would establish basic nutritional standards for fast food restaurant meals that include toy giveaways.

Breaking the link between junk food and toys

Yeager jumped on the opportunity to "level the playing field," he says, with the first law of its kind to help break the link between eating unhealthy food and getting a prize.

The law would provide an incentive for fast food chains to use toys and other giveaways to steer kids toward healthy meals, instead of using the trinkets to lure kids into eating meals loaded with sugar, sodium, and fat. 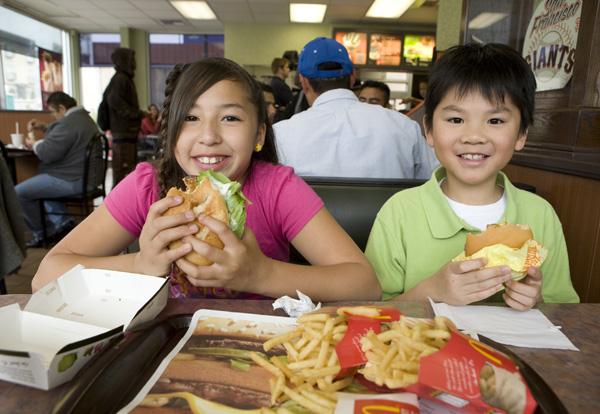 ChangeLab Solutions had developed a model ordinance for healthier kids’ meals and worked closely with county staff to tailor it to their needs.

Our staff attorneys also investigated potential legal barriers to the ordinance, drafting memos for the county to illuminate and clarify issues involving the First Amendment, state and federal preemption, and other legal considerations.

“The memos were really well drafted and useful,” recalls Juniper Downs, lead deputy counsel for Santa Clara County. “They allowed us to evaluate and do a cost-benefit analysis more quickly than we would’ve been able to do otherwise. And having a point of contact with attorneys who’d thought about the idea for longer than we had — and believed in it — kept the momentum going.”

To help move the policy initiative forward, we drew on our on-the-ground experience and contacts in the field to help frame solid messages that would resonate with the public. In anticipation of the media attention the policy would attract, we convened a meeting with key stakeholders and a pro bono communications firm, providing talking points, fact sheets, and feedback on press materials to address the abundance of legal questions and other responses to the controversial new ordinance.

The proposal passed by a vote of 3-2. The new law went into effect in August 2010, and San Francisco introduced similar legislation soon afterward.

The strategy was “an important step" in addressing the obesity epidemic, board president Yeager says. “I hope other communities will follow our lead.”

Meanwhile, the team at ChangeLab Solutions “offered support without it feeling like you were pushing an agenda,” says Jim Weston, who oversees communications for Yeager’s office. “You move ideas that are pushing the boundaries but aren’t out of bounds.”