"We were interested in policy work, economic incentives and so on. We wanted to change the political context."
Anita Courtney
health consultant with the Partnership for Fit Kentucky

When community leaders in Lexington identified healthier corner stores as a local priority, Anita Courtney, a public health consultant with the Partnership for a Fit Kentucky, went online to hunt down some guidelines and best practices to help shape their efforts.

"There’s so much about corner store work on the internet," she says. "It was really overwhelming."

Before long she had a three-ring binder crammed with printouts — but still no idea where to start.

"We wanted to change the political context."

For one thing, she says, it was much easier to find material based on work done in larger cities like Los Angeles and New York than in a community the size of Lexington.

Moreover, she had trouble locating efforts focused on long-term policy change. "There are a lot of programs around buying equipment, developing logos and signage, that sort of thing," she says. "We were interested in policy work, economic incentives and so on. We wanted to change the political context." 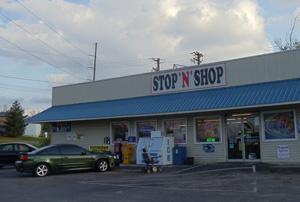 She reached out to Hannah Laurison, a former policy analyst at ChangeLab Solutions and one of the original organizers behind the national Healthy Corner Stores Network, which connects local government staff, nonprofits, funders, and others to share resources and strategies.

"Hannah was like a fairy godmother," Anita says, recalling her relief at being able to pick up the phone and have a one-on-one conversation with someone with so much expertise and on-the-ground experience.

"She wasn’t just some policy wonk spouting a bunch of ideology," Anita says. "She was very real, down to earth. And she was so generous with her time and follow-up."

Hannah walked Anita through the advantages and drawbacks of various policy strategies Lexington might introduce to support corner stores, including financing initiatives, streamlined licensing and permitting, transportation and safety improvements around stores, and local programs to "certify" healthy corner stores.

One powerful suggestion, Anita says, was to work with store owners to become authorized to accept WIC benefits. "This automatically requires stores to stock healthier foods, and benefits owners by drawing in new customers."

Hannah also connected Anita with healthy corner store advocates in comparably sized communities. "She gave me a list of names of people to contact, including someone in Oregon who’s at a similar stage with a similar project," Anita says. "It was a perfect match."

"If you have to spend weeks just getting up to speed, you can burn out pretty quickly.”

Anita is still working with her partners in Lexington to determine the approaches they’ll pursue. But she credits ChangeLab Solutions with providing clear guidance and a strong start, grateful for a place to turn for more support as the process continues.

"If you have to spend weeks just getting up to speed, you can burn out pretty quickly,” Anita says, adding that ChangeLab Solutions' work "was a jumpstart for us."

"It saved us time and money and frustration. I can see where someone else might’ve quit by now."