It was important to start with a very strong, complete ordinance, as opposed to starting with something that didn’t reach as high as we could have,"
Jeff Aken
project manager at the Conservancy

When Jeff Aken first called us, the Cascade Land Conservancy in Seattle had recently launched a campaign for a “complete streets” ordinance in Edmonds that would require the city to accommodate all users – not just cars, but also bicyclists, pedestrians, and public transit – when designing and reconstructing city streets. 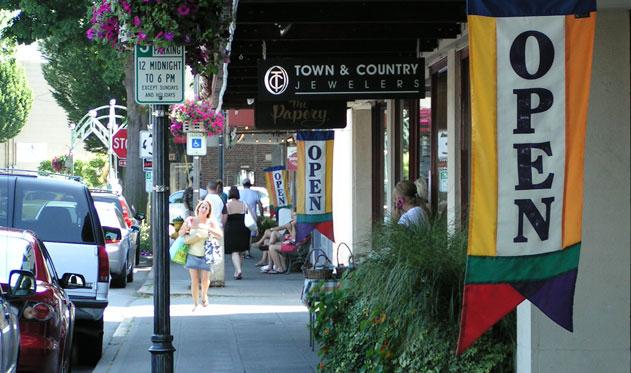 Bicycling advocates, local residents, and city staff and elected officials helped drive the effort along with the Conservancy, which works to promote smart growth policies and projects in cities throughout the Puget Sound region.

There was plenty of support for the idea of creating complete streets, but also plenty of questions.

Some wondered whether the city really needed an ordinance devoted to complete streets, given that the comprehensive plan already addressed many of the issues an ordinance would. Others weren’t sure what an ordinance would mean. Would it require a bike lane on every street?

And how would an ordinance affect the public works staff, considering the pressing need to address — with limited resources — a backlog of street maintenance concerns?

Jeff, a project manager at the Conservancy, worked through many of the issues with councilmembers and city staff through a series of meetings.

The model ordinances and other policies on ChangeLab Solutions’ website were “a huge head start for us,” says Jeff.

“It was important to start with a very strong, complete ordinance, as opposed to starting with something that didn’t reach as high as we could have,” he says, “especially knowing the potential for it to get trimmed down as it moves through the political process.”

“Without the model policies and assistance, we would not have had the time or the resources to move forward on this effort.”

As the Conservancy moved forward with the draft ordinance, they hit a few bumps along the way. One issue that threatened to derail the process: discussions around combining the complete streets ordinance with a vehicle licensing fee, though the fee was just one component of the larger strategy.

“ChangeLab Solutions connected us with research around the financial implications of complete streets ordinances that kept us on track,” Jeff says.

“Without the model policies and assistance, we would not have had the time or the resources to move forward on this effort.” Jeff says.

A Guide to Building Healthy Streets