"Principals [in Hamilton County] carry a lot of influence over what happens at their schools. They come from a place of wanting to protect kids. They aren’t anti-community, they just want to keep the kids and property safe."
John Bilderback
program manager for Step ONE

The Hamilton County school district spreads over a 542-square-mile area, encompassing urban and rural landscapes. Even though many of Hamilton County’s 340,000 residents live closer to a public school than a park, the majority of schools keep their outdoor spaces fenced off, with “no trespassing” signs posted at the gates. The county is struggling with high adult overweight and obesity rates—30 percent of adults self-report as overweight or obese. As of 2007, 12 percent of the county’s youth in grades 9-12 classified as obese, while 15 percent were at risk for becoming overweight. Distressingly, 21 percent of middle school students (grades 6-8) described themselves as slightly or very overweight. Something needed to be done to get the county’s residents moving. 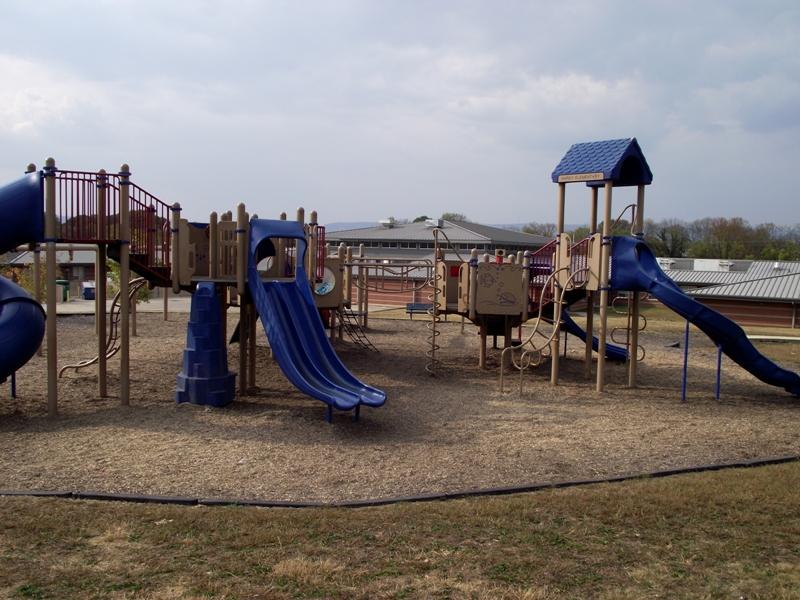 John Bilderback, program manager for Step ONE (Optimize with Nutrition and Exercise), an initiative of the Chattanooga-Hamilton County Health Department, believed that allowing community members access to school grounds after hours and on weekends would give residents of Hamilton County’s central areas more opportunities to be physically active. But when John and his team approached school leaders with the possibility of engaging in a shared use arrangement, many expressed concern, citing safety, and liability—especially if their schools were located in lower income areas with high crime rates.

“Principals [in Hamilton County] carry a lot of influence over what happens at their schools. They come from a place of wanting to protect kids. They aren’t anti-community, they just want to keep the kids and property safe,” John said. It became evident that getting the proposal off the ground would take more than a few casual conversations. The participation of principals, school board members, and the community at large would have to come together to make shared use a reality.

Knowing principals would be more inclined to hear from community members as well as district school board members, John, along with Tina Vance and Falice Hair, both project coordinators at Healthy Kids, Healthy Communities in Chattanooga, put together the East and South Chattanooga Leadership Advisory Councils (ELAC and SLAC, respectively) to discuss shared use and prepare a detailed report for local educational professionals. The Councils conducted assessments on the benefits shared use could have in Hamilton County, and considered the issue from many angles, coming up with solutions to any resistance they might face. The Councils knew, for example, they would need to address concerns about liability and the costs of maintenance.

“It would have taken us twice as long to get where we are now.”

John used ChangeLab Solutions’ material for reference during the planning phases, including What is a Joint Use Agreement? and Liability for Use of School Property After Hours, which helped him to further educate the community, and craft a contract. “Without ChangeLab Solutions’ resources,” John said, “it would have taken us twice as long to get where we are now.”

When it came to drafting the policy, John was glad to have text to borrow from. “We tend to write from a public health perspective, not a legal perspective,” he said, “having that verbiage from a legal perspective really helped…address legal issues head-on, using the right words.” ChangeLab Solutions reviewed John’s initial drafts of the policy, and also reviewed those that went back and forth from Step ONE to the school board and its lawyers, to shape it into a final form.

In February 2014, Hamilton County’s school board passed an open use policy for the district’s elementary schools. The policy is not as broad as was originally intended—the school agreed to community use of school grounds on weekends and holidays—but it has proven to be an important step forward.  John is now ready for the next phase, in which Step ONE will work with the Benwood Foundation, a local foundation concerned with improving Chattanooga, to add such amenities as community gardens, pavilions, and basketball courts to school grounds. In the meantime, John and Step ONE will be installing signage that lists rules for public use, and taking down the no trespassing signs.

Explore all of shared use resources