From Liquor to Produce

In San Francisco, the redevelopment agency, public health department, and community groups are collaborating on a groundbreaking effort to provide healthier food to the residents of a low-income neighborhood by helping a local grocer revitalize his store. 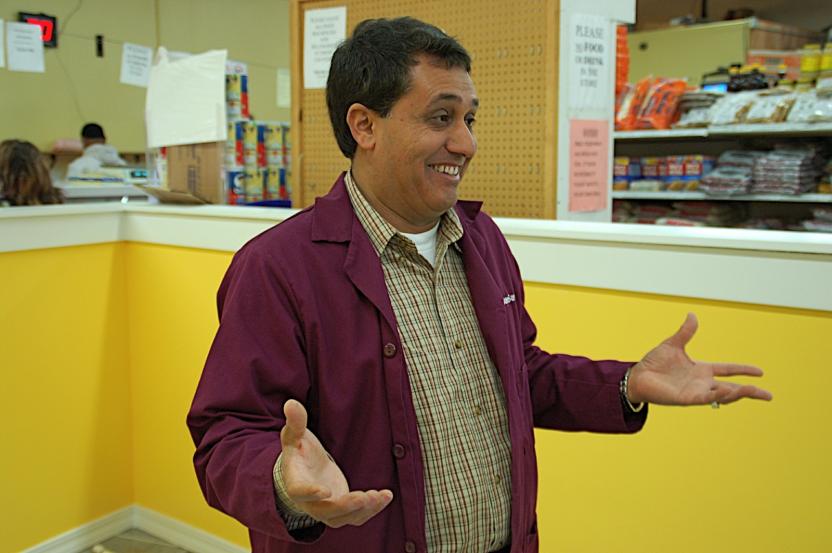 Super Save is one of just two full-service grocery outlets in Bayview Hunters Point, a poor, predominately African-American neighborhood on the southeastern edge of the city. When Sam Aloudi bought the store in 1998, it was a liquor store with a butcher counter in the back. It was unprofitable, dirty, and outdated, and the parking lot was frequently a site for loitering and petty crime. Nevertheless, Aloudi took a chance on the store, putting out more produce and groceries from day one.

Sales increased, and in 2003, Super Save became the first store to enroll in the Good Neighbor Program, a collaborative effort led by the nonprofit Literacy for Environmental Justice to help small neighborhood stores carry healthier offerings. The program upgraded Aloudi's refrigeration system, allowing him to triple the amount of fresh produce he could stock. With encouragement from Good Neighbor and the health department, he took down alcohol and tobacco advertising and cut back on liquor sales. Together, they publicized the changes with community outreach events like cooking demonstrations and tastings.

Aloudi and the Good Neighbor Program's modest success soon attracted the attention of the Southeast Food Access (SEFA) working group, a joint effort among residents, community-based organizations, and city agencies to increase healthy food access in Bayview Hunters Point. SEFA educates residents about nutrition, promotes urban agriculture, and tries to increase access to healthier foods by creating farmers’ markets, attracting new grocers, and improving existing stores. The idea, says Susana Hennessy Lavery of the San Francisco Department of Public Health, is that "stores should be a source of well-being in the community, not just alcohol, tobacco, and unhealthy food."

Michael Janis, co-chair of SEFA and general manager of the San Francisco Wholesale Produce Market, located in Bayview Hunters Point, saw an opportunity in Super Save. Although the store is not as large as most full-service grocery stores, at 7,000 square feet it is big enough to offer a wide selection of produce and other nutritious foods. "Sam Aloudi could offer a great alternative for the community," Janis says.

With his background in the produce business, Janis understood the importance of store layout and proper merchandising. He approached John Sutti of the grocery store design firm Sutti & Associates, who saw that the store could be dramatically improved with relatively few changes and offered his firm's services pro bono. He, Janis, and Aloudi visited other similarly sized stores and worked closely with staff from the public health department and redevelopment agency to map out a phased plan to transform the store, building on the investments Aloudi had already made.

A new vision for the store 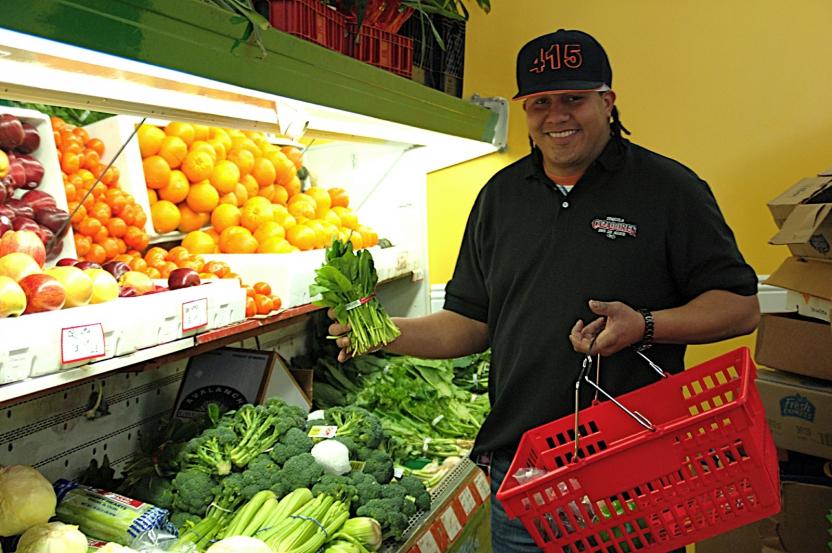 Their vision for the store included a prepared foods counter and a bathroom with access for the disabled, both of which have been completed. The produce section will be expanded and made more prominent. Planned exterior improvements include a large front window and landscaping for the parking lot to make the store more inviting.

Later, Aloudi will upgrade the meat department and interior shelving, and install a new HVAC system. A low-interest loan from the redevelopment agency is pending. In the meantime, Aloudi is receiving technical support as he learns the ins and outs of stocking and marketing perishable goods.

SEFA and the health department have been lobbying the redevelopment agency to go beyond its traditional strategy of financing exterior improvements to help fund more comprehensive conversions like Aloudi’s. "If all you're going to do is change the façade, not the shopping experience, it's a waste of time,” says Janis. “You've got to do both, and we've got to spend some public dollars to make that happen."

Since Aloudi’s pilot project began, San Francisco has embarked on similar partnerships with stores in its low-income Tenderloin neighborhood, and the Los Angeles redevelopment agency is working with community groups to help small stores improve their offerings. With efforts like the Super Save partnership, more stores can be transformed into attractive sources of fresh food for urban communities.